It’s the fourth meeting in as many months between Chelsea and Arsenal. The Gunners lead this little mini series 2-1 but despite success in the FA Cup Final and the Community Shield, the record at Stamford Bridge is all blue.

Antonio Conte has a selection headache ahead of Arsenal’s visit to the Bridge. Davide Zappacosta starred in his first start for the club in the Champions League midweek, as did the likes of Willian and Michy Batshuayi. It’s unlikely that Conte will make too many changes other than to bring in Gary Cahill who has returned from suspension.

For the visitors, there won’t be too many changes from the side which beat AFC Bournemouth last weekend. Arsene Wenger seems to be splitting his squad in half for the Europa League and Premier League but we can still expect Alexis Sanchez to play at the Bridge.

Chelsea are the clear favourites for the match. The Smartbets odds calculator has the Blues at best priced 21/25 to triumph at the Bridge. You’ll get a draw at 3/1 and an away win out at 18/5.

It’s easy to see Arsenal capitulating as they have so often in recent years, especially at the Bridge. In terms of final score, you can get a 4-1 Blues win for 25/1 which might be worth a chance. 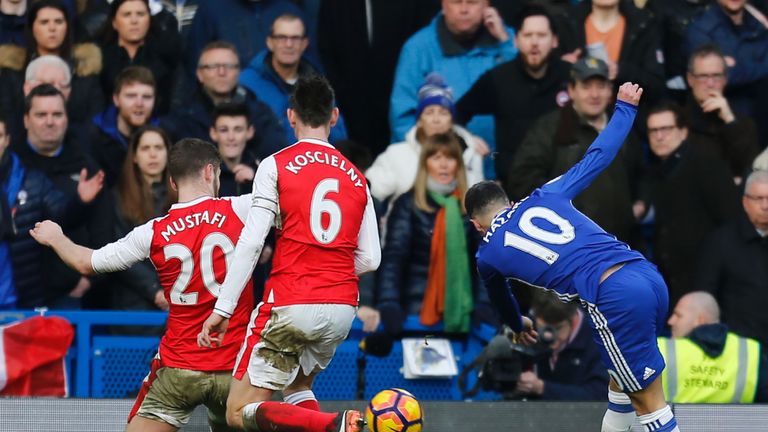 How Chelsea could line up against West Ham with Havertz dropped

How Chelsea could line up against Krasnodar with mass changes

How Chelsea could line up against Tottenham with a returning Pulisic